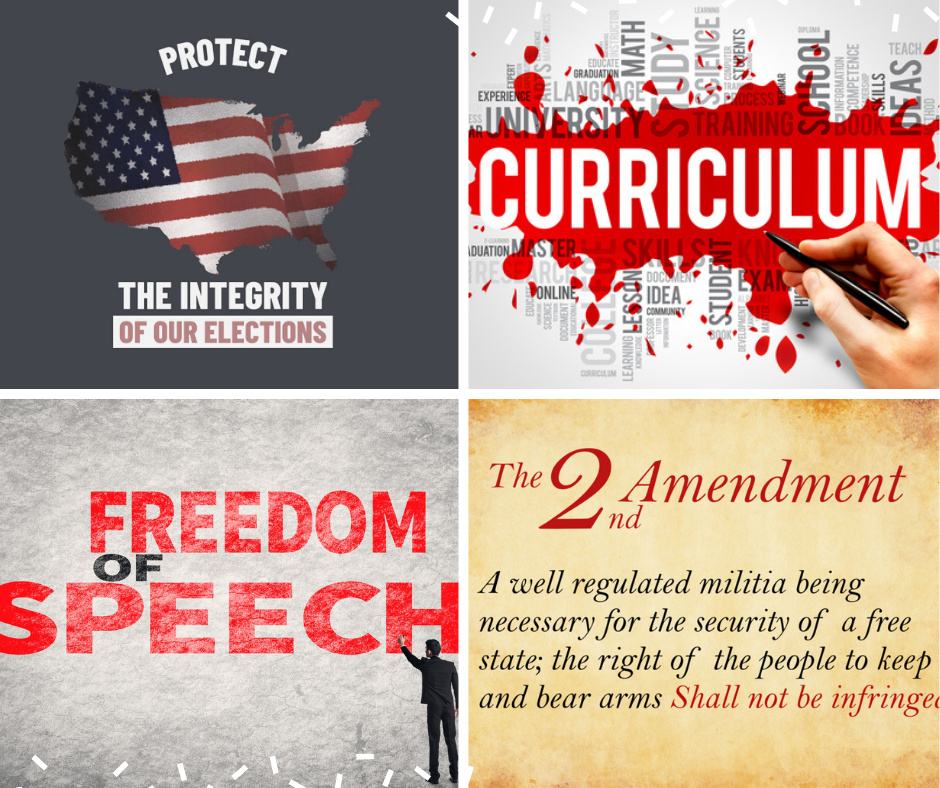 Pamlico County Republicans are unapologetic for taking actions that preserve, protect, and defend the founding fathers’ principles contained in the US Constitution, the Bill of Rights and our Declaration of Independence. We believe in those core principles that have defined America for the last 245 years and have made our country the freest in the world. America is under attack from those that do not agree with these principles of freedom, liberty and the right to “pursue happiness” as defined by the individual, not the government. They are called Socialists, hiding behind what used to be the Democrat Party, and represented by the most radical elements of the Socialists that have taken over the direction and policy of that formerly great political party. This is a battle for the most fundamental principles that have made America the great Nation it is today. Yes, there have been conflicts in the past, we have gone through a Revolution to gain our independence, suffered racial and social injustice, world wars and other bloody conflicts that called upon the best in us as we sacrificed our blood and treasure around the world. Through it all, America has managed to not only survive, but found a way to grow stronger and continue the pursuit of a “more perfect union”, in the defense of the right to Life, Liberty and Pursuit of Happiness.

The Pamlico County Republican Party is committed to focusing on a few critically important issues we believe are essential over the next two years to expose and fight back against the Socialist agenda of the extreme left-wing radicals that clearly want to see an different America, their “transformed” America. Their vision is an America without regard for the sanctity of Life, the right to individual Freedom and Liberty and the Pursuit of Happiness. Their goal is quite simply, one Party rule under the unyielding doctrine of the government knows best what is good for you. Socialism has never worked, and it will not work in America because of grass roots efforts all across the Nation, and we will do our best to do our part to join in this great battle.

There are four major issues that we adopted as our GOP objectives for the next two years and we will need everyone’s support and active involvement to be successful.

We developed specific and actionable groups for each one of these critical objectives. Each Group has a leader who is responsible for enlisting a team to help develop specific actions that was implemented to support our unified efforts to stand up, speak out and defend our basic American rights of “life, liberty, and the pursuit of happiness. Examples of action- organize precinct leadership, conduct voter registration drives, write letters to elected Representatives, hold informational meetings, attend School Board and County Commission meetings, participate in monthly GOP meetings, sign up to speak at clubs/County organizations and most of all, be proud of America.

If you want something to do and want to help, please attend the next Pamlico County GOP meeting and sign up, which are held the 4th Tuesday of each month at 6:30 at Brantley's Village Restaurant in Oriental.   Check out our calendar for meeting dates.

The groups have been busy, click on each link for more information about each group.

Join the fight to keep Republicans elected in Pamlico County